Man, this took WAY longer than I expected, but it was worth it. I have a lot of new stuff for y'all here. By far, this is the biggest update so far. 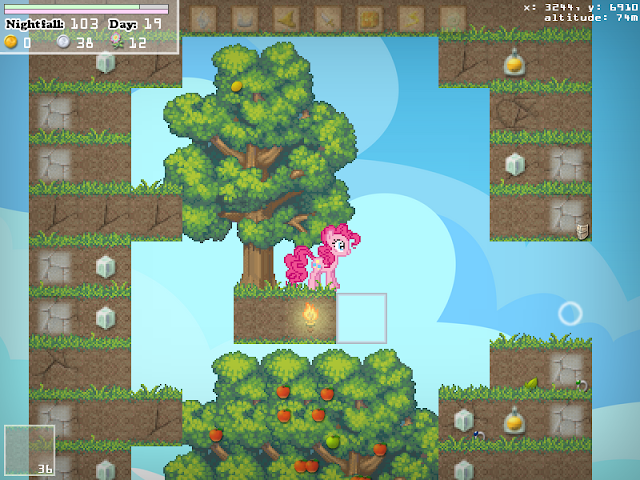 That was my fort during the latest testing. Pretty huh? You should see how it looked after Night 25. It was completely gone. Balancing a game is hard as potatoes.

Anyway, here's a list of the main highlights from this new release (v3.54b), as seen in the 'changelog.txt' file:

- Added Inventory and Items system/menu (including Frost and Flame Towers). This is huge. Items are not dropped very much, but you can search for 'Mystery Bags' around the world as well, and I'll be probably adding more and more items in later versions.
- Added Spirit system. Pretty much like MP in RPGs.
- Added Compass system. The game really needed this. Now you can wander around without worrying of losing your way back to your base.
- Added 10 more nights (new enemies, bosses, etc.): up to night 30. Still no story though, just plain old sandbox-building-and-killing-and-upgrading-and-total-chaos nights like it's always been.
- Unknown structures cannot be collected anymore. You better search for a nice spot amongst some pre-placed trees, because a strategic location is a must now. You won't be able to collect those structures you haven't unlocked yet.
- Structures can now be healed using spirit. Thanks to EggheadDash for this idea!
- Longer starting attack range. Because I don't know what I was thinking. The range was ridiculously short.
- Dirt Blocks no longer cost energy. Again, thanks to EggheadDash for the idea!
- Added position cooldown (for building) after collecting or breaking a structure.
- All characters constantly regenerate energy now (slower than Applejack, though). It's small, but it's there, and makes a huge difference.
- Rainbow Dash now pierces through enemies while flying.
- Pinkamena mode now doubles up defense as well.
- Wider range for Light Torches' effect.
- Light Torches now show their area of effect.
- Turret Towers have slightly better aim.
- Lower price for some structures.
- Shorter days and nights. 200 seconds each, instead of 250.
- Enemy spawn is now limited to a maximum number of simultaneous enemies.
- Enemies rebalanced. A lot.
- Added 'Dirt Block' hotkey (ctrl). And again, thanks to EggheadDash for this idea as well!
- Added 'order mercenary go to point' key (F). Silly Flitter kept blocking the entrances.
- Several key changes: 'Mercenaries menu' to G, 'force night' to Backspace, 'Achievements menu' to T, and 'show/hide coordinates' to F5.
- Game window is now resizable.
- Other minor changes and bug fixes. A LOT, actually.


And that's about it!
I'll be taking some time to compose some music now, because I'm exhausted. I've been working on this beta release for a lot of time and I need a little rest now. I'd recommend checking this post again in a few days, though, in case there is some major bug fix or something. And feedback is greatly appreciated, as always!

Anyway, go check it out! The link is in the Games section, as usual.
By the way, I highly recommend going through the Tutorial once again to learn a few new things.
Thanks a huge lot for your time and support, guys, and I really hope you enjoy it! 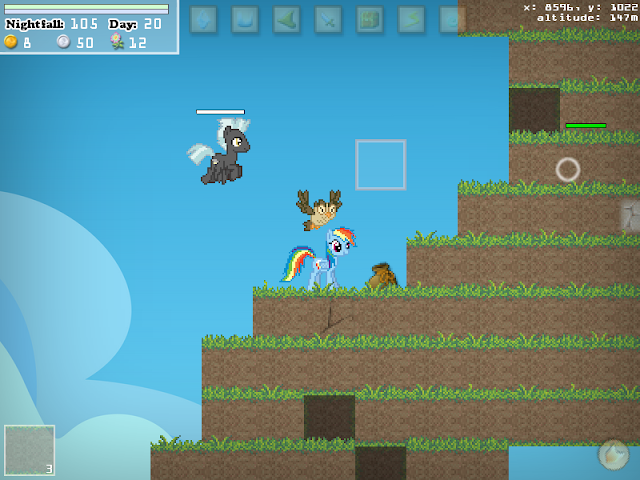 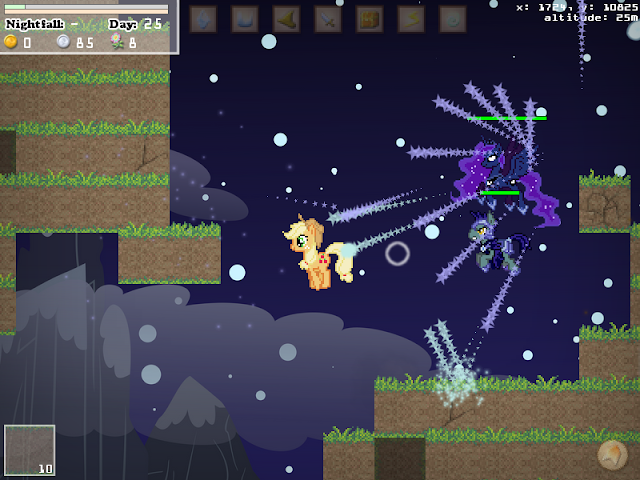 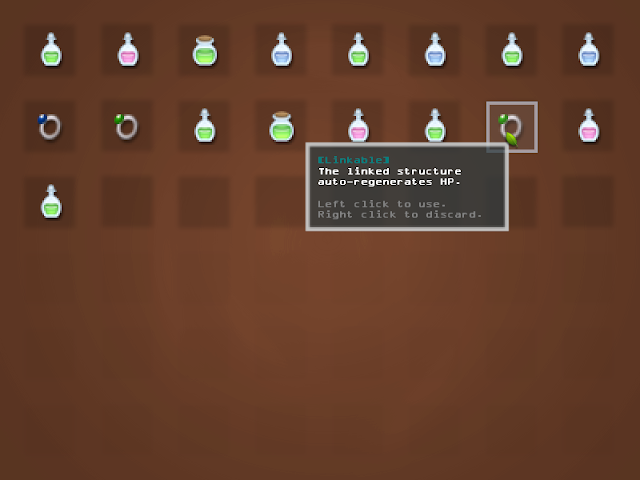