What is this madness?! Yep, guess what! Nightfall is back! 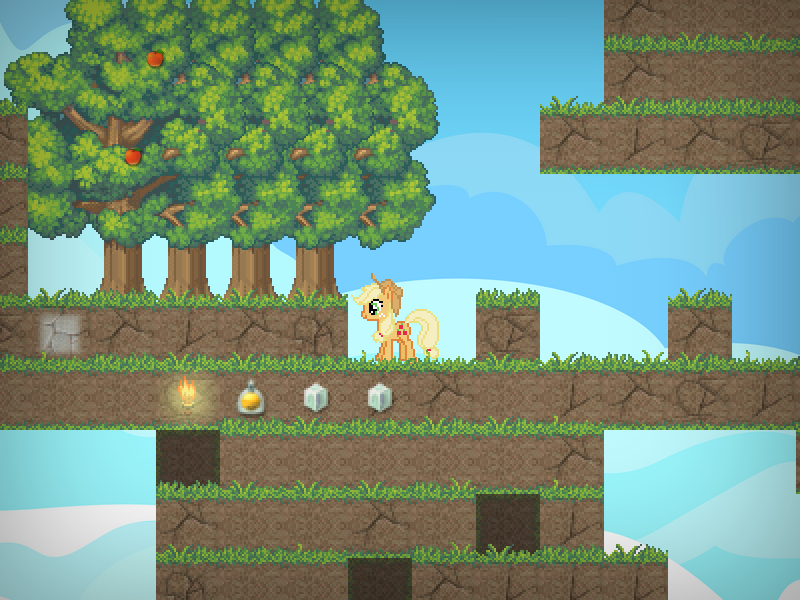 Good day, guys. How have you been doing? I've been through a lot of stuff lately, actually, but I'm glad to be here one more time. A few weeks ago, I got into the mood of programming a short and simple game-- but I couldn't decide what to do. Many ideas came and went, but I didn't like any of them enough to get to it.

Then Nightfall crossed my mind, and I took some days to think about it. The development of my other project was currently paused for a few reasons, and even though Nightfall is a coding mess, I felt it could be nice to jump on its development once again. I mean, after all the effort I put into it before, anyway~ I thought it would be nice to keep going a little more. Besides, you guys seemed to want more! And so, I got into it. Fun!

Now, that being said, I'm not sure when (or if at all) I'll be working on this again. This was a fun update, but I'm exhausted for now. The project is not 'discontinued' anymore, but I won't guarantee more updates either. We'll see in the future, but for now this will do!


So, anyway! I'm actually excited about this. Biggest update ever! What's new in store this time?

- Added Elements of Harmony. Yup! Now the Elements of Harmony are randomly placed around the map. Collect all six and you'll be able to release a blast that kills all active enemies and does 20% damage to bosses! (20% to current HP, not total).
- Added new items, skills and achievements. Frost Attack, Flame Attack, Healing Wave, Homing Tower's Ring, and lots of new achievements (including a boost to Dirt Blocks' HP, higher damage for mercenaries, and more).
- Added 10 more nights (new enemies, bosses, etc.): up to the 50th night. Keep it up! That's half of the game right there!
- Added another Compass. You can now mark two points on the map! Pretty useful to remember places with good structures for later.
- New bonus for Applejack: all structures have +20% HP. Along with her energy regeneration bonus, this makes Applejack super tough!
- Fluttershy's bonus slightly reduced (70% damage reduction, down from 80%). Just slightly nerfed, nothing to worry about. Besides...
- Hovering doesn't cost energy anymore. Now you can hover in the air as much as you want, energy won't go down! It won't go up either, though.
- Rarity's spirit regeneration bonus increased. It is now as fast as energy regeneration!
- Skills while in Pinkamena mode now consume spirit as well. They didn't! That was a little too overpowered.
- You don't lose money anymore upon falling/dying. Don't worry about your gold anymore!
- Fewer initial structures. Use your towers wisely~ *evil laugh*
- Higher price for some structures in Store. It was just too easy to buy a lot of them.
- Ghost Structures now take only 10% extra damage (down from 25%). They're much more useful now!
- Seeds cannot be collected anymore (you now collect Dirt Blocks instead). Sorry guys! Get your seeds at the store.
- Wave Tower's HP increased. Their range is short, so they needed to be stronger!
- Light Torches' effect slightly reduced.
- Enemies rebalanced. Loooooots of changes, mostly nerfs to their HP and damage. Bosses' HP regeneration is slower now, too.
- Slightly lesser enemy spawn rate.
- Lower drop rate in general.
- You now lose any extra structures you have upon world regeneration. That is, every 25 nights. Don't waste your time collecting them before killing the boss!
- Celestial Aid can now be bought in tens.
- Easy mode now only affects enemies' HP. No more lower prices or lesser spawn rate. Now Easy Mode just affects enemies' HP (-25%, including bosses).
- Endless runs system removed (looping last implemented night). Now it's over after the last night!
- Multiple control changes.
- Other minor changes and bug fixes. More than ever! Picking up a Life after defeating a boss now regenerates both your energy and spirit, the overall game performance is slightly better, achievements now have different icons, the 'save' folder is now automatically created upon opening the game, and more.

So, I hope y'all enjoy it! I'm super glad to know you guys enjoy the game, and I really appreciate your support. As always, feedback is welcome!
To download the game, check the list. That's it for now!

By the way, if you feel like it, you're welcome to check out my music. Composing has been my true passion since I was young, and I'm currently in big need of help to keep doing it! If you're interested, please check out my Patreon page~ I would really appreciate every bit of support. Thank you so much! 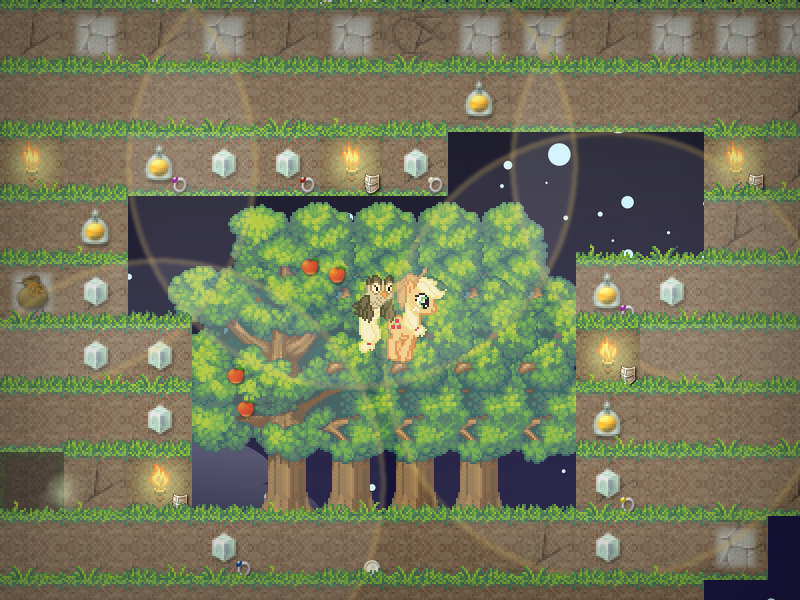 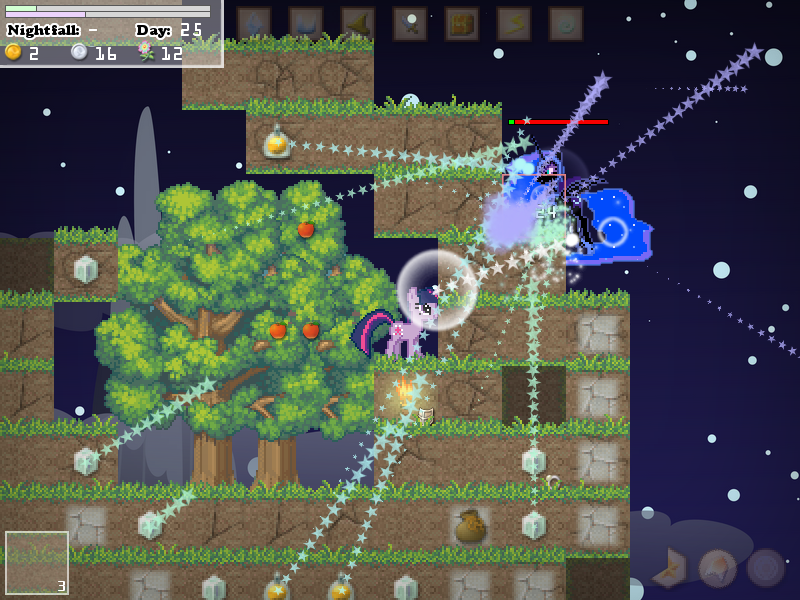 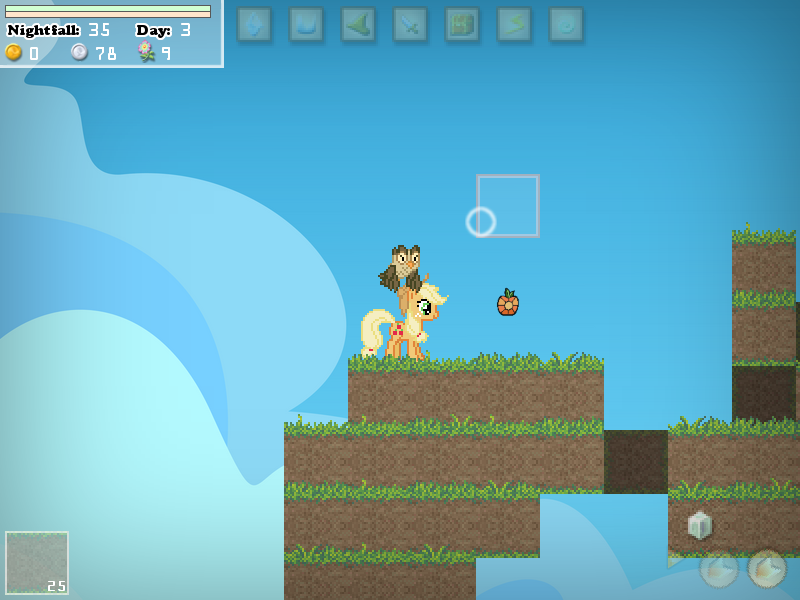